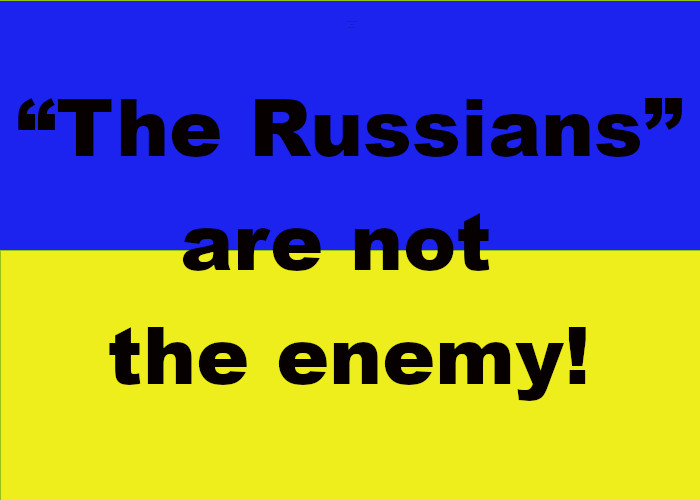 On social media, in addition to many positive posts and comments of support for Ukraine, and the rather annoying comments from Putin’s defenders, there are unfortunately also comments which condemn and castigate “the Russians” and hold them responsible for the disaster happening in Ukraine.

Folks, please keep in mind that Russia is still not a true, functioning democratic country; that despite the fact that there seem to be relatively free elections, the operative word is “relatively” and information in the run-up to these elections is very much restricted, and candidates are randomly excluded or sent to prison camps on various pretexts.

And unlike in our western countries, once elected the Russian president is subject to hardly any checks of his power and he can pretty much do as he pleases.

The war in Ukraine was started and is controlled by Vladimir Putin and a relatively small inner circle of influential people; a wider circle including many of the well-known oligarchs supports this system because they have used it to accumulate their millions.

Ordinary Russian citizens, including most of the soldiers on the ground in Ukraine, have no influence at all on these decisions; if they speak out against them they risk their livelihood and a prison sentence.

For all these reasons we should be really careful not to blame “the Russians”. And the Ukrainians demonstrate this. 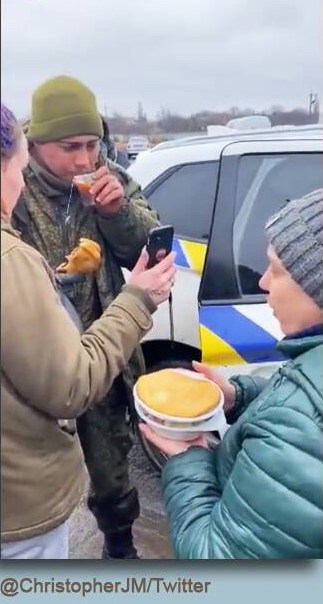 In this photo taken from a video clip circulated on Telegram and Twitter, a captured young Russian soldier is seen sipping tea and eating a snack as he tries to compose himself. A woman standing next to him is trying to connect a video call to his home. Soon the call connects and the soldier breaks into tears. He looks too stunned to speak but he blows kisses to the camera, as people pat him on his back to calm him down.  In the video a bystander can be heard saying in the video, “These young men, it’s not their fault. They don’t know why they are here.” Another person joins him and says, “They are using old maps, they are lost.”