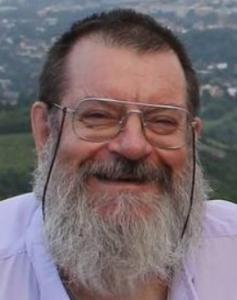 I am Wolf Paul, an Austrian from Vienna, now living in a small village in the Weinviertel region north of Vienna, halfway to the Czech border.

I am a Christian (specifically, a catholic Evangelical), a husband, father, and grandfather.

Until October 2019 I was a UNIX/Linux systems adminstrator for a large enterprise services company, then I was laid off as part of a head count reduction (a big thank you to my ex-employer for the golden handshake which allowed us to pay off our mortgage!) and since July 2020 I am officially an old age pensioner.

In the 1980s I worked for a number of Christian mission organizations, producing literature and theological training materials for pastors in Communist Eastern Europe. For almost five years my wife  and I lived in Dallas, Texas, where I was introduced both to UNIX and to an early incarnation of the internet. Since coming back to Austria I have seen it as part of my calling from God to help churches and other Christian groups with computer problems. I also started an online directory of evangelical churches in Austria which still exists today. I still help OM MediaWorks with some computer stuff, and keep an eye on the website for the Austrian prayer initiative, “Österreich betet gemeinsam“.

I am an avid reader, and interested in such diverse subjects as language, theology, liturgy, computer technology, and politics (primarily Austrian, British, and American), and these are also the topics I comment on in this blog.