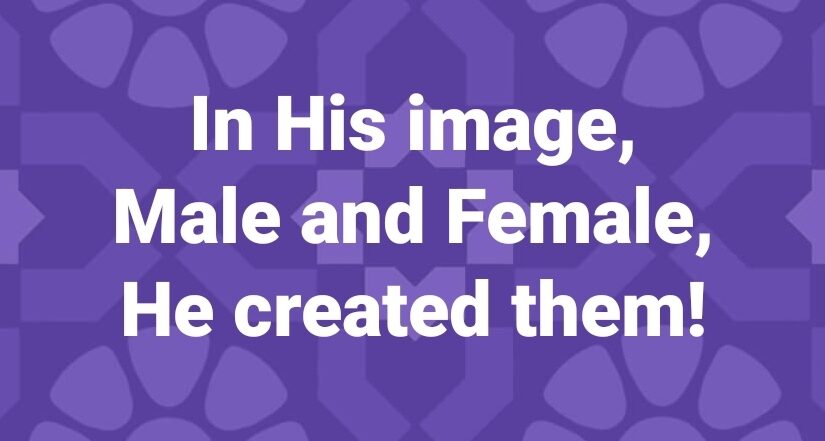 A few days ago Spiked, a UK-based online magazine variously described  as either right-leaning libertarian or left-leaning libertarian, published an article by Gareth Roberts, the “cancelled” Dr. Who writer, entitled, Joan of Arc was not ‘nonbinary’. He criticizes an upcoming play at Shakespeare’s Globe in London, “I, Joan”, which ‘reimagines’ Joan of Arc as a nonbinary person; then he goes on to criticize the current tendency to project ideas and concepts of contemporary identity politics into the past, “identifying” historical persons as one of “LBGT+”.

This quote struck me:

It is, of course, notoriously difficult to define ‘nonbinary’. Like its siblings ‘trans’ and ‘queer’, it has an uncanny power to mean whatever the person using it fancies saying at the time. But so far as I can make out, it seems to boil down to not behaving stereotypically ‘like a man’ or stereotypically ‘like a woman’, but as a bit of both.

This is a newly discovered and exciting characteristic shared by 100 per cent of the human race. Declaring yourself ‘nonbinary’ is like demanding to be recognised as unusual because you’ve got a bumhole.

Instead it implies a refusal to be classified as either male or female[1] ; it is thus a denial of a foundational aspect of human nature as both Scripture and science affirm it:

So God created man in his own image; he created him in the image of God; he created them male and female.
(Genesis 1:27, emphasis mine)

Yes, science recognizes the condition of gender dysphoria, but with the exception of the 0.02%[2] of people born with ambiguous physical sex characteristics (intersex) those affected by it are nevertheless either male or female, and objective science untainted by political correctness identifies it as a pathology, which is considered totally unacceptable bigotry by those who identify as nonbinary.

I don’t really have a problem with someone not fitting traditional gender stereotypes in either dress, behaviour, or even preference of name and pronouns, and of course people are free to call themselves what they want, and, as Jordan Peterson famously said, as a matter of politeness I will usually address an individual as he or she wishes to be addressed.

However, both as a Christian and as a thinking human being I reject the very concept of nonbinary persons as contrary both to Scripture and human nature, and I object to being compelled, whether by law, or company policy, or social pressure, to affirm someone’s gender self-identification as trumping biological fact.

The post-modern expectation that all of us ought to affirm as the ultimate reality someone’s self-identification even if that self-identification flies in the face of biological fact, or else face various kinds of sanctions, is the ultimate denial and rejection of the freedoms of speech, expression, or opinion as fundamental human rights, just as compelling people to affirm same-sex attraction, marriage, and sexual activity as normal and good is a denial of the freedom of religion.

I agree that in a pluralistic society we generally owe each other tolerance (within the constraints of the law[3]), but we do not owe anyone affirmation.