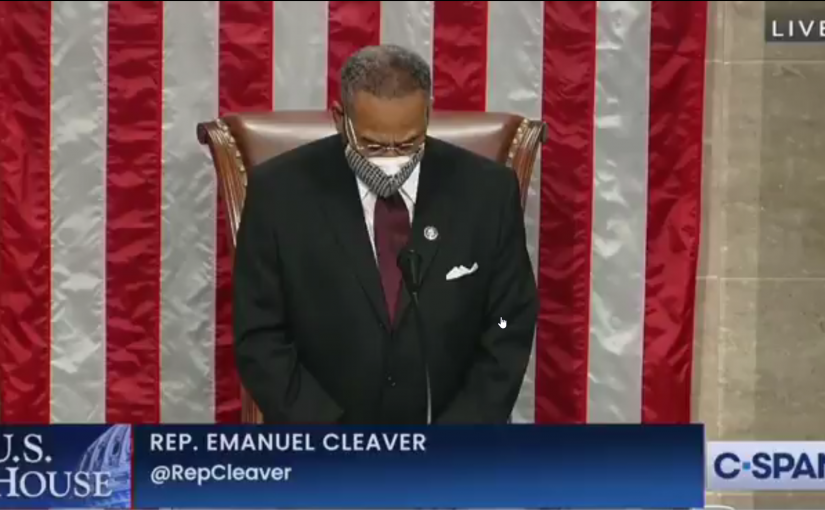 I have written a lot about the unspeakable nonsense coming from President Trump and his Republican enablers, and we will see quite a bit more of that on Wednesday.

But the Democrats are also quite capable of producing incredible nonsense. Joe Biden who presents himself as an oh so pious Catholic happily ignores and actively opposes what the Catholic Church has to say on the subject of abortion and sexual morals and ethics. Additionally we had a display of progressive nonsense in yesterday’s (Jan 3) opening of the 117th Congress.

The session opened with Rep. Emanuel Cleaver (D-Miss.) who is also an ordained Methodist pastor, reading a prayer based on the Priestly Blessing (Birkat Kohanim):

“May the God who created the world and everything in it, bless us and keep us. May the Lord make his face to shine upon us and be gracious unto us. May the Lord lift up the light of his countenance upon us and give us peace—peace in our families, peace across this land, and dare I ask, o Lord, peace even in this chamber. Now and evermore.”

So far, so good. Then it turned very strange. Here is the closing of this prayer:

This raises a number of questions:

2. Shouldn’t a Methodist pastor know that “Amen” is a Hebrew word which has absolutely nothing at all to do with “man/men” or “woman/women“?

3. Shouldn’t someone educated enough to represent his state in Congress realize that it makes no sense, from a purely grammatical perspective, to ask God for something in the name of God? When you replace the Trinity by many different gods the formula of “praying in the name of …” is not only theologically nonsensical, but from a language perspective as well. If someone comes to me saying, “In Wolf’s name, could you lend me a hundred bucks?” I would assume he’s lost his marbles.

Someone commented on the video below, “If you are going to be woke, at least be an educated woke.” But the use of “woke” for that mindset is an insult to the Black community which coined the term to describe someone awake to ethnic and economic injustices rather than for the fancy-pants ideologies of the leftist elites.

A prayer opening the 117th Congress concluded, "Amen and a woman."

"Amen" translates to "so be it." pic.twitter.com/SIGBtgLk5v