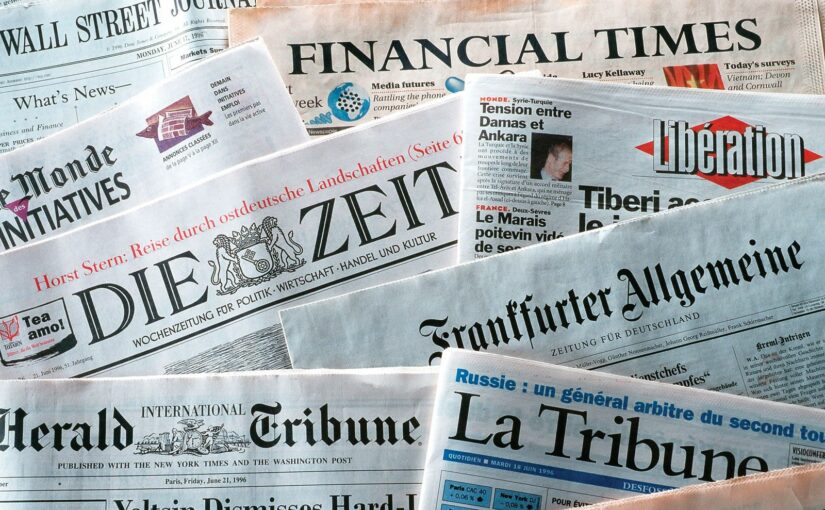 Pressreader claims to offer 7000+ newspapers and magazines from around the world for one subscription—effectively a flatrate. About a week ago I signed up for a subscription.

Since I had been subscribing to both an American and a British paper at a higher combined monthly cost than the Pressreader subscription, and I would be able to add a few more papers (i e. German, Austrian, Dutch, Israeli papers) at no extra cost, this seemed to be a no-brainer.

Now, the thing is, I rarely read a newspaper or magazine from cover to cover; rather, I will scroll through, glance at the headlines, and read only those articles which catch my interest or strike my fancy. Often I will only go to a particular paper or magazine wben I come across a link to an article on, say, Facebook, and the story is behind a paywall.

Imagine my surprise, then, when, less than a week after subscribing, every time I open a newspaper I get a pop-up complaining that I have been reading too much:

The pop-up suggests that I might be using Pressreader professionally (instead of in a personal capacity as my subscription allows) and that I should probably upgrade from my $30/mo Premium (personal use) subscription to a $100+/mo Corporate subscription:

Now I realize that this is phrased as a question, “If you are using this account professionally …”, but since it persistently keeps popping up again and again, it feels very much like an accusation.

I am retired (i.e. I don’t do anything professionaly, anymore), an avid reader, and currently bedridden, so I have a lot of time on my hands; nevertheless I don’t feel I have spent nearly enough time with Pressreader to warrant questioning my personal use (after all, I also have €9.99 subscription to Readly for a couple of magazines not included in Pressreader, and I also spend a lot of time reading on my Kindle).

Perhaps the problem is that I follow (have marked as favourites) 27 newspapers and a handful of magazines, but of course I don’t actually read (or even download) all of them every day, and Pressreader nowhere states a limit on the number of publications one may follow — or read, for that matter. If there is indeed such a limit, or a hard limit on how many articles a day/week/month one is allowed to read with a personal subscription, then this should be clearly stated and potential subscribers warned about it before signing up. Otherwise this is false and misleading advertising.

So to put it bluntly: Apart from the fact that it is annoying to have to click away the stupid pop-up I feel insulted and harrassed by the insinuation that I am abusing my account, and I expect Pressreader to fix this. Because I suspect there really are no hard limits as mentioned above, and Pressreader‘s abuse detection algorithm is simply way too aggressive.