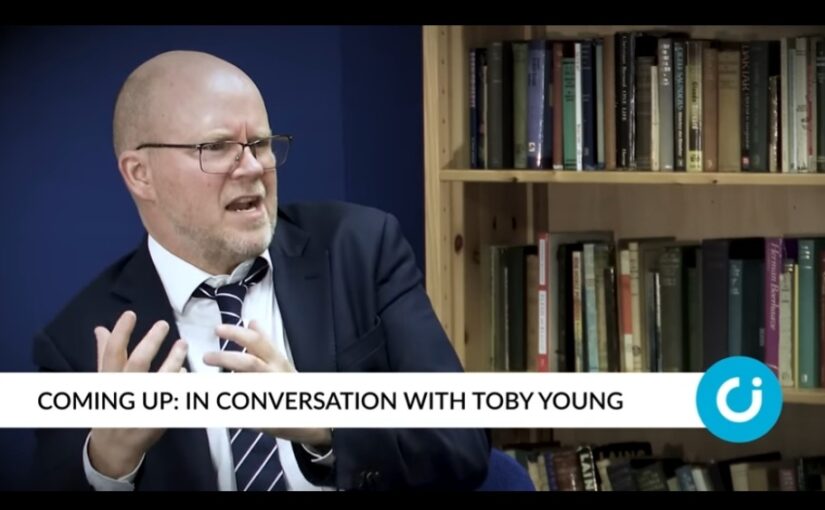 Toby Young, British journalist and founder of the Free Speech Union, in conversation with Simon Calvert of the Christian Institute, with some insightfull comments about the new “woke” public morality (i.e. normalization of homosexuality and transgenderism, unrestricted abortion rights, etc.):

We have to try to understand why it has become harder and harder to disagree about essential values in the public square withhout falling out with each other, and why cancel culture has metastsized to become such an all-encompassing blight. I think it has something to do with the ebbing away of the Christian tide.

In the nineteenth century, and even in the first part of the twentieth century, we were a  Christian society, and the sacted values we were expected to observe were Christian values, and if someone comitted adultery, or got divorced, or was born out of wedlock, there was serious social stigma attached to that. We had a kind of public morality which people were expected to observe, and if they didn’t, they were sort of outcast, or they were in some kind of Bohemian sub-culture. There was some tolerance for people who didn’t believe, more tolerance, particular towards the end of the nineteenth century, in the higher education sector, towards people who challenged the prevailing orthodoxies, more tolerance than there is now.

So as the Christian tide ebbed away, so this morality faded, and particularly in the 1960s and 1970s all the taboos which had constrained people’s behavior, the moral taboos, fell away and there was a brief period where we enjoyed this intellectual, sexual freedom, and everyone thought that was what the future was going to be. But then, intererestingly, people seemingly found it quite difficult to cope with that degree of freedom, and they’ve embraced another, even more dogmatic morality, which in the past ten, fifteen years has become the public morality.

And I think that’s really what has happend: we have embraced this new, secular public morality which is actually, interestingly, much more puritanical, and censorious, and authoritarian, than the seemingly much more gentle Christian morality which at least allowed for forgiveness, a path back, redemption, but which this new public morality seemingly doesn’t allow for. And I think that’s why we live in an increasingly intoletant society, why, if you don’t sign up to the shibbolets of the “woke church”, you end up kind of cast out; and, curiously, lots of people who find themselves at odds with the articles of faith of that new public morality are orthodox Christians.