One feature I really like about the Chromium-based Browsers (Google Chrome, Chromium/Iron, Microsoft Edge, Brave; haven’t found it in Opera) is the possibility to save a website as a shortcut. All four of these browses save these shortcuts in a folder in the “All Programs” menu (“Brave Apps”, “Chrome Apps”, “Chromium Apps”, from where they can be pinned to the taskbar, to the Windows 10/11 start menu, or to whichever “classic” startmenu you are using.

One can customize these shortcuts by adding the commandline option “–profile-directory=xxxxx”, then they will start a separate browser profile for saving all sorts of browsing data (cookies, passwords, etc).

Now I have come across another app, called “Hermit”, available in the Play Store, which works even better than Anker. Among other features it permits one to backup all the defined web apps to a file, which one can then restore on a different device, thus avoiding the need to separately set up one’s favorite web apps on each device. 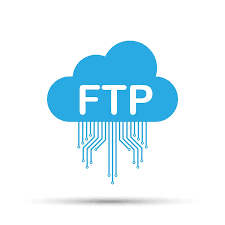 In my reading in recent months I have come across a lot of new acronyms such as, for example, “BLM“. One that recently caught my attention, because I use it a lot, is “FTP“. This is, apparently, a ruder and more comprehensive variant of “Defund the Police“, being shorthand for “f*ck the police“.

This puts me in a quandary, because, as I said, I use this acronym a lot, in its original meaning of “file transfer protocol“, a venerable part of the standard UNIX/Linux networking tools.

So I wish to make it very clear, lest anyone misunderstands:

Whenever I use the acronym “FTP” in a neutral or approving manner, I am referring to the File Transfer Protocol, its various implementations across different operating systems, and the action of using such implementations to transfer files. Sometimes, because there are actually more convenient ways of transferring files, I may even use the acronym in a negative or disapproving manner to refer to the file transfer protocol and the apps implementing it.

Only very rarely will I use the acronym FTP in its contemporary “political” sense because I am opposed to abusing words in this fashion, and I am opposed to abusing the police. When acts of police brutality or other illegal actions by police officers happen (and I have no doubt that they do because policing involves the exercise of power and that attracts people with a pathological desire for dominating others), there are more effective and suitable means of dealing with it than the obscene suggestion implied by “FTP”.

I find it increasingly irritating that modern browsers insist on complaining more or less annoyingly about http:// URLS or websites with self-signed certificates, and that there is no easy way of turning these complaints off. END_OF_DOCUMENT_TOKEN_TO_BE_REPLACED