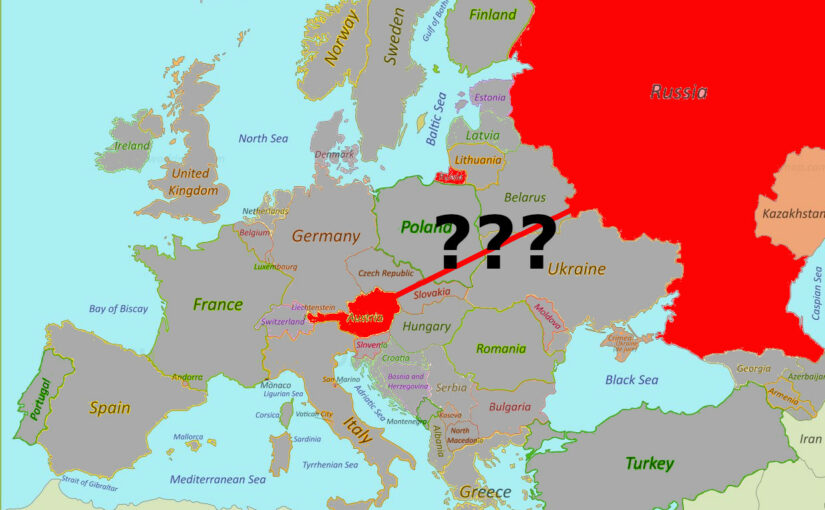 In an article in the “New Statesman” entitled “Austria is Russia’s tunnel into the heart of Europe“ Liam Hoare writes, “The country’s attachment to neutrality has led it to cultivate obsequious relations with Russian energy and espionage,” and elaborates further on the cozy relationship between Austria and first the Soviet Union and then the Russian Federation.

Some folks asked me whether I considered this a fair assessment; here is my response.

Austria’s Neutrality Law of 1955 (which has the status of a constitutional amendment) specifically defines neutrality in military terms and only forbids (a) membership in military alliances and (b) the establishment of foreign military bases on Austrian territory.

But throughout the history of the “Second Republic”[1] Austria has stressed that she isn’t (and isn’t required to be) politically neutral but rather is clearly part of the “West“—when it suited her purposes, i.e. in talks with Western governments. And when it suited her purposes, she has stressed her neutrality, interpreting it much more broadly, when talking to the Soviet Union/Russia and East Bloc countries.

At the same time, Austrian governments of both persuasions (ÖVP and SPÖ)[2] represented to the Austrian people that of course we are not morally neutral, voicing criticism of such Russian actions as the invasions of Hungary in 1956 and Czechoslovakia in 1968, and the threat of an invasion of Poland in 1988; and that our neutrality uniquely enabled us to act as broker and mediator between the blocs. However, at the same time as condemning Russian aggression Austria continued to maintain profitable business relationships with the Soviet Union and her client states, and then with the Russian Federation; and like all other Western countries, after the dissolution of the Soviet Union Austria welcomed Russian oligarchs and their money, even though it was obvious to every thinking person that so soon after the collapse of the Soviet economy such wealth could have been amassed only by the corrupt appropriation of the public wealth of the Soviet successor states.

In a situation where there was never any risk of hostile action by Western nations or NATO but very much a risk of hostile action by the Warsaw Pact, the official position conveyed to the citizenry was that each of the two blocs guaranteed our security vis-a-vis the other bloc, and that our military, small and ineffective as it well might be, only served to symbolically show of our willingness to defend our neutrality while leaving the heavy lifting to the signatory nations of the “State Treaty”.

In the Austrian population today the idea is widespread that criticism of Russia’s invasion of Ukraine by Austrian government figures violates our neutrality and is thus ill-advised; in the face of news that as a result of Russian aggression Finland and Sweden are prepared to abandon their neutral status and join NATO, the percentage of Austrians who believe that Austrian neutrality, perceived much more comprehensively than the text of the law, is essential to Austria’s existence and well-being, has risen to 91%. This seems to cut across the entire spectrum of political views and ideologies.

Austria’s opportunist attitude to her neutrality is cut from the same cloth as her official insistance that she was one of the first victims of Nazi Germany rather than an integral part of the Third Reich or a nation of largely willing collaborators and perpetrators of Nazi atrocities. I grew up with my father quipping, “In Austria, Hitler was a failed house painter; it took the Germans to turn him into Der Führer”, thus blaming the Germans for Hitler and Nazism while ignoring the fact that not only had Hitler’s ideology grown and thrived in the political and intellectual climate of the “First Republic”, but that a sizeable proportion of Austrians had welcomed the 1938 Anschluß.

It wasn’t until 1991 that then-Chancellor Franz Vranitzky acknowledged and apologized for Austrians’ role in the Nazi reign of terror both at home and abroad, thus abandoning the claim to have been Hitler’s first victim—and he was not universally praised for that admission and apology.

So in my view the New Statesman article describes reality as it is now and has been ever since 1955.