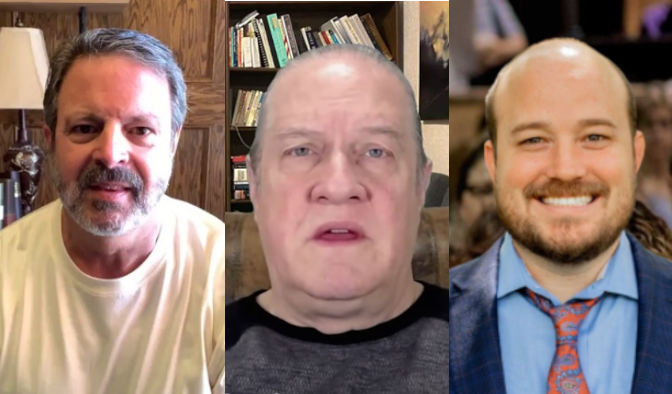 In an article with the rather sensational title, “Charismatics Are At War With Each Other Over Failed Prophecies Of Trump Victory“, noted journalist Julia Duin reports on reactions to the fact that modern-day prophets, mostly from the “New Apostolic Reformation” (NAR) movement, prophesied a second term for President Trump and are now either apologizing for having gotten it wrong or else are engaging in all sorts of verbal gymnastics to explain why they didn’t really get it wrong after all. And some of the mutual accusations she reports make the sensational title seem rather fitting.

I read the apologies of Vallotton, Sandford, and Johnson. The issue which they all skirt is this verse in Deuteronomy 18:20-22 (and similar verses, i.e. in Ezekiel):

“But the prophet who presumes to speak a word in my name that I have not commanded him to speak, or who speaks in the name of other gods, that same prophet shall die. And if you say in your heart, ‘How may we know the word that the Lord has not spoken?’— when a prophet speaks in the name of the Lord, if the word does not come to pass or come true, that is a word that the Lord has not spoken; the prophet has spoken it presumptuously. You need not be afraid of him.”

Basically, a prophet whose predictions do not come to pass is a false prophet (Kris Vallotton’s denial notwithstanding)—and while we obviously no longer kill false prophets, a quick apology and then business as usual seems to be a rather inadequate response.

Many of us (even some of us who are not cessationists) have had misgivings about these modern-day prophets from the start because their “prophetic ministry” does not seem to fit the biblical model. Biblical prophecy was primarily concerned with calling the people of God to repentance, not with prediction of future events and vague feel-good messages. And, importantly, the biblical prophecy model leaves no room for getting some predictions right and some predictions wrong: if you get it wrong you are a false prophet and should—at the very least—shut up and shut down your “prophetic ministry”.

And some of us, myself included, are very much concerned by the fact that increasingly the “saner” elements in the pentecostal and charismatic movements, and even some in the Catholic church, are embracing these modern-day “prophets”, as evidenced by the wide support of the “Awakening Europe” events which are organized by leaders with NAR connections, and where such prophets are invited as speakers.

For me, one of the results of all this is that I have begun to question my own involvement with some reconciliation initiatives where these “prophets” are being embraced. I shall see where this leads me.