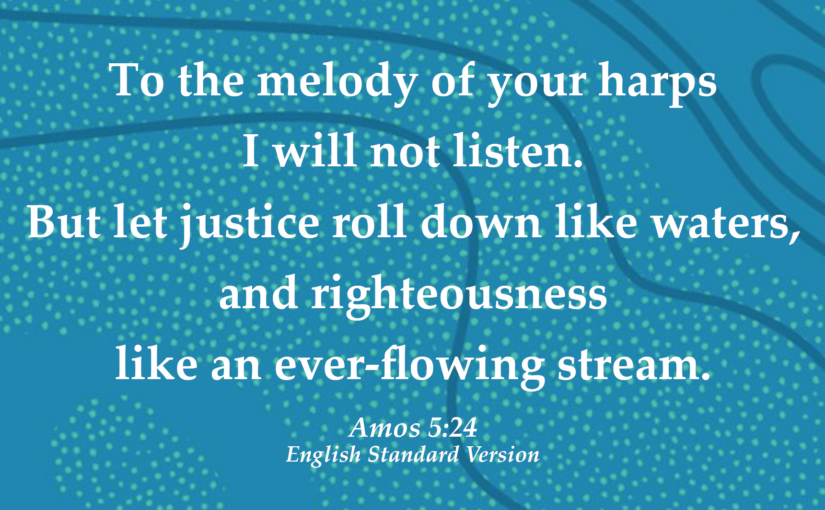 A friend of mine, Karin Laser Ristau, who lives and works in a long-term care facility in Canada, recently posted this verse on Facebook, and in response to a question, “What is our part in this?”, Dr. Jerry Shepherd, Professor of Old Testament at Taylor College and Seminary in Alberta, Canada, posted this comment:

There are lots of ways in which this is prescribed in the OT.

Justice and righteousness in the OT, for the most part, means doing right by those who are in distress, in need, are oppressed, or are marginalized in society through no real fault of their own.

So the OT speaks a lot as to what is the “just” and “right” thing to do:

These would be a few of the ways in which justice and righteousness was to come to expression in society.

This is a challenge to us as Christ followers, when we see many who do not profess to follow him displaying more of that kind of righteousness.  All to often we tend to think being a Christian is primarily about our own salvation, our ticket to heaven. But Christ talked about the Kingdom of God being manifest on the earth, and that is where we have a responsibility.

It disturbs me when some who hold decidedly unorthodox ideas display more of this kind of righteousness than some whose theology is impeccably orthodox.