A Ukrainian-Catholic friend posted the below hymn for the Feast of All Saints. 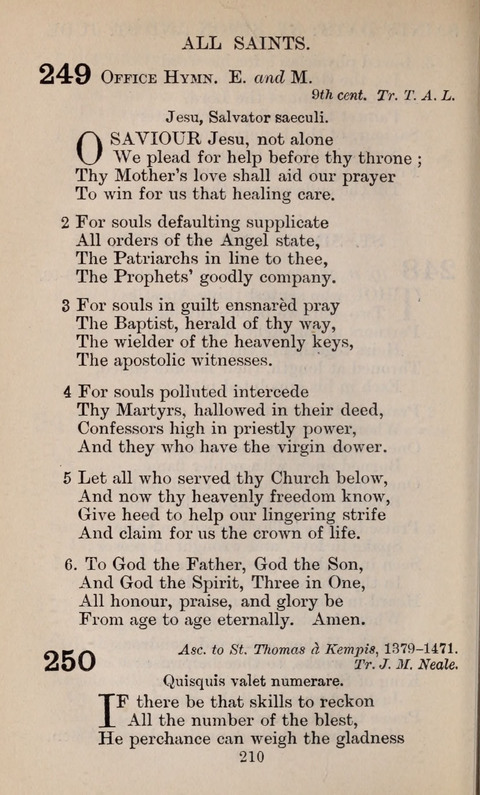 I am afraid this hymn, and the feast of All Saints (or more specifically, the distinction between All Saints and All Souls) demonstrates a couple of reasons why, despite the very welcome increasing reconciliation between the churches as well as individual Christians, I will not “swim the Tiber” (or the Bosporus, for that matter) any time soon.

What Souls defaulting, in guilt ensnared and polluted need is the salvation offered by God’s grace to all who believe.

If they believe, they won’t need the prayers of the mother of Jesus or any other departed saints because they will have direct access to the throne;

If they do not believe all the prayers of Mary or any other saints will not save them.

The crown of life cannot be claimed for anyone by those who served thy Church below, nor does it need to be thus claimed because it is every believer’s by virtue of the finished work of Christ.

Scripture presents the departed saints as witnesses and examples, and as worshippers before the throne, not as intercessors.

Secondly, the feast of All Saints, and its companion commemoration of All Souls:

Rather, this distinction and the veneration of the saints, and particularly of the mother of Jesus, which in popular pious practice often degenerates into worship and superstition, obscures the truth that all of us who have believed in Christ, from the beginning of time, are merely sinners saved by grace; instead it elevates some believers (who I think would be scandalized by that fact) into a replacement pantheon to rival the ancient Greeks and Romans.

I have Catholic theologian friends who can very eloquently explain the difference between veneration, which can legitimately be directed to a worthy human being , and worship, which is due to God alone. But that very true distinction is not very helpful as long as the official church does not rectify the aberrations of popular piety and as long as even the actions and words of high-ranking Catholic officials skate very close to the line separating veneration from worship.

P.S.: In a discussion thread on a similar topic I came across a link to this article which illustrates another problem with the Catholic view of the “faithful departed” — the notion of purgatory. Again, some of my Catholic theologian friends can explain this doctrine in a way that doesn’t quite rankle as much as this article does, but this is the way many Catholics view the subject: How to help the holy souls in purgatory .